The Littlehampton Harbour Board has appointed Harry Gregory as its new Harbour Master in succession to Billy Johnson who has taken advantage of a career advancement opportunity as Harbour Master at Langstone Harbour.

The Chairman of the Board, Philip Bush, says “Harry has always been a welcome addition to the team and his promotion to Harbour Master is thoroughly well deserved.  During the recent past he has worked in some challenging circumstances and has made a significant impact in overseeing the operational activities of the Harbour.  I feel confident that he will continue to strive to improve the Harbour and to support harbour users.”

Harry has a Masters in Engineering gained at the University of Bristol and, prior to taking up his role in Littlehampton, has gained professional experience as a management consultant including as a contract project manager for the Royal Navy, Ministry of Defence and Home Office.  He continues as local RNLI volunteer crew and has previously served as an Army Reservist.  Harry has always taken an active role in marine pursuits, starting in youth dinghy racing, working internationally as a sailing and kitesurfing instructor and gaining RYA Yachtmaster qualifications with MCA commercial endorsement following his qualifying ocean passages.  He owns a small yacht berthed in Littlehampton Harbour which he enjoys with his wife Elise and his young daughter Nora. 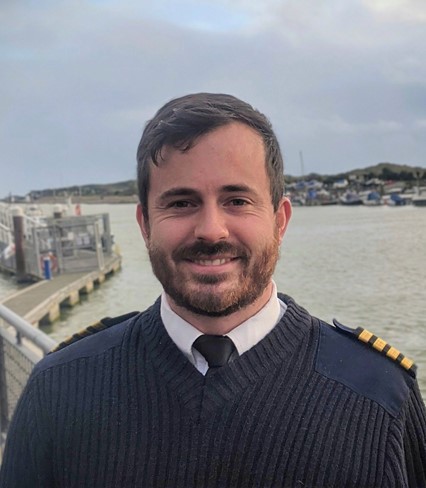