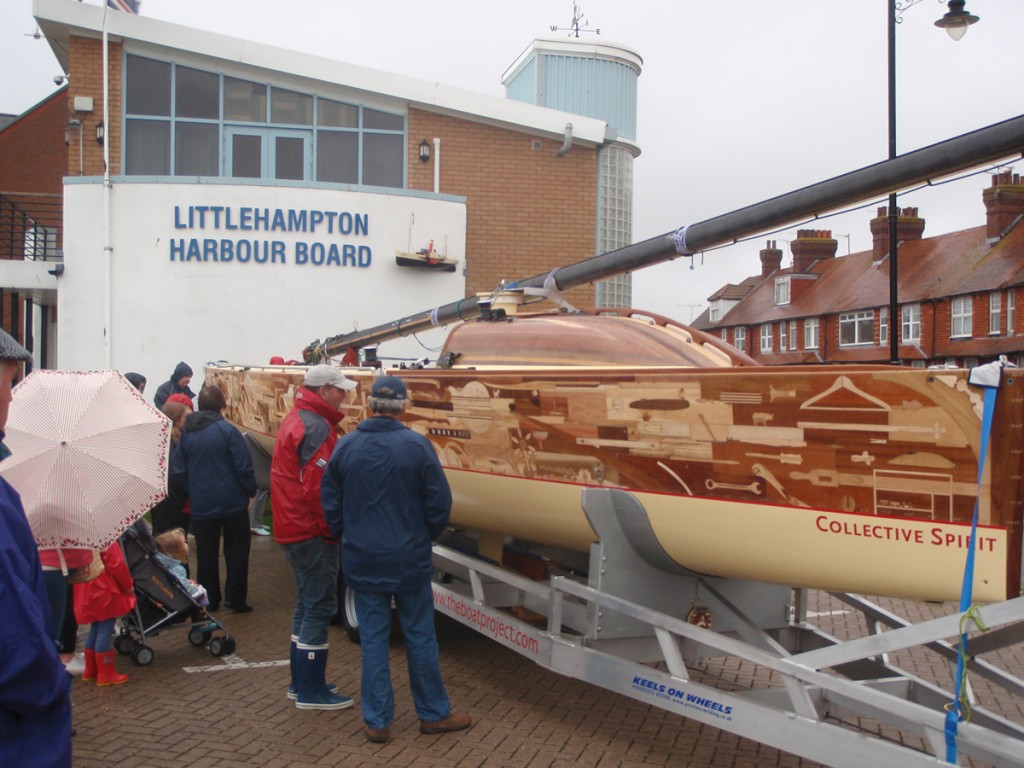 Littlehampton’s contribution to an exciting and unique arts project which is part of the London 2012 Festival made its way to Littlehampton harbour  on Monday 2nd June. The Boat Project is part of Artists Taking the Lead and is one of only 12 public art commissions across the UK to celebrate the London 2012 Cultural Olympaid which complements the Olympic Games. The Boat Project is the winning commission for the South East region and is funded by Arts Council England.

The Boat Project by Lone Twin is also part of the London 2012 Festival, a spectacular 12-week nationwide celebration from 21 June and running until 9 September 2012 bringing together leading artists from across the world with the very best from the UK.

Lone Twin’s Boat Project used the latest yacht building methods to turn wooden objects such as guitars, wooden spoons, walking sticks donated by people from across the South East into a seaworthy archive of stories and memories. 1,200 people donated their wood and told their stories.